CAIRO – 4 November 2021: Due to climate change, the Mediterranean city of Alexandria has been subjected to intense torrential rains and floods since 2015, said Governor Alexandria, Major General Mohamed Al-Sharif on Tuesday evening.

In media remarks to Sada El-Balad T.V. on Wednesday, Al-Sherif added that floods and rains have increased every year in Alexandria since 2015 and caused major problems.

He said that the government is working hard to put concrete barriers to protect the beaches in many areas.

The city, which is one of UNESCO World Heritage sites, faces risks from flooding and erosion because of the increasing sea level. With increasing carbon dioxide emissions leading to global warming, the melting ice around the earth as well as the El Nino phenomenon (releasing ocean heat into the atmosphere) are causing sea levels to rise. In the period between 1910 and 2010, Egypt’s sea level rose by a total of 11.3 centimeters, increasing by an average of 0.113 centimeters annually.

In previous remarks to Egypt Today Magazine, Salwa Abdel-Basset, head of the Central Administration at the Shore Protection Authority an eco-friendly dike, a sheet of rock that is formed in a fracture of a pre-existing rock body, to create a wall in front of the shores.

In September 2020, Egyptian Minister of Irrigation Mohamed Abdel-Atti said that a project for adaptation to climate change in the North Coast and Nile Delta was launched to establish a protection system a long 69-kilometer low lying lands in Nile Delta in five governorates; Port Said, Damietta, Daqahlia, Kafr el Sheikh and Beheira.

The project is scheduled to be finalized by 2024, he said, noting that about 70 percent of the project has been accomplished.

Egypt, which is a signatory to the 2016 Paris Climate Agreement aiming to keep global warming “well below” two degrees celsius, is implementing its long-term plan at a cost of LE 3 billion ($168.4 million) in investments, to protect all coastal areas vulnerable to erosion in the Nile Delta. 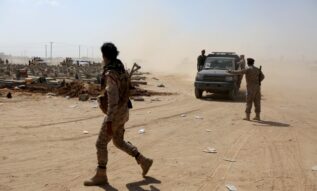 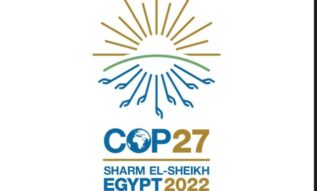