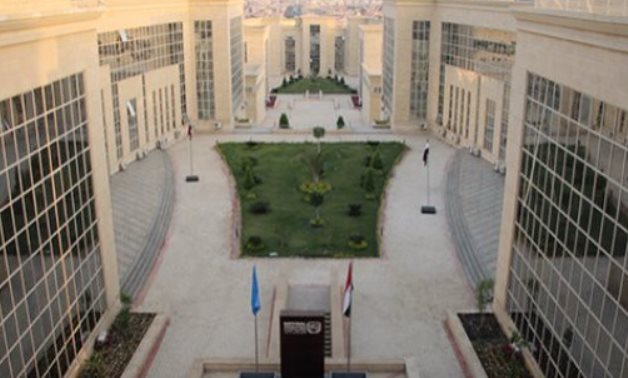 CAIRO – 24 May 2022: The National Training Academy [NTA] announced, Monday that it continues to receive contributions for the national dialogue from the various forces, political parties and individuals.

It added that “since the launch of the President’s call for the Egyptian national dialogue, which brings together all currents and groups of society, and the assignment of the National Training Academy to organize and coordinate this dialogue, and open the door for the participation of all Egyptians, the Academy has received, a large number of contributions, ideas, visions and proposals from various parties and groups; political parties, Syndicates, institutions, public figures, citizens, and others.”

The Academy wrote on its Facebook account that it continues to receive ideas and proposals from various forces and groups in Egyptian society.

The Academy indicated that a ‘joint neutral committee’ will be formed from various national figures, as well as a number of experts and public figures, to collect these proposals and present them for dialogue to prepare a unified vision and agenda from all the participating forces, so that these results represent the country’s political roadmap.

In April, the National Training Academy announced organizing number of different workshops and seminars to discuss different perspectives and visions for political youth.

Adopting President’s Sisi call to launch political dialogue, The National Training Academy said that number of meetings will be held between political youth forces aiming at developing a national agenda of ideas to deal with all the pressing issues facing the state.

As part of the annual event, which is presented by representatives of all segments of the Egyption society Sisi announced reactivating the ‘Presidential Pardon Committee’ which was formed as one of the outcomes of the National Youth conference, as it will expand its cooperation with the competent agencies and civil society.

During his speech, Sisi expressed his happiness at the release of new batches of Egyptians during the past days, and stresses that the country accommodates everyone.

Sisi directed the National Youth Conference management, in coordination with all political parties and youth currents, to conduct a political dialogue on the priorities of national actions during the current stage.

Sisi shed light on the challenges Egypt has faced since 2011. “During the past years we faced great challenges; however, our successes were greater” Sisi said.

He added that the country ran out of foreign exchange reserves in a difficult period, and no president was able to overcome that crisis.